I began in 2003 defending negligence claims brought against physicians, as well as motor vehicle drivers; however I quickly realized I only wanted to advocate for people that had been injured. In 2006, I began exclusively representing injured Canadians and families who had lost a loved one. I used my knowledge gained from working for insurance companies to properly prepare cases for settlement, and if need be, trial.  Over the past 10 years, my passion to represent children and families who have suffered catastrophic injuries grew when one of my sons suffered a head injury at a very young age. I now know from both a personal and professional perspective what matters most to my clients and how to help them through the health care and legal process.

As a lawyer, I have appeared numerous times in the Superior Court of Justice in Ontario and in the Supreme Court of British Columbia and the Court of Appeal. I have litigated complex cases involving children who have suffered severe brain injuries, spinal cord injuries and orthopaedic injuries. I am frequently asked to speak at legal conferences held by the Law Society of Ontario, the Advocates’ Society and Osgoode Hall Law School, Professional Development. Since 2016, I have been recognized by Best Lawyers in the area of personal injury litigation for Canada, which is a recognition based entirely on the independent survey of leading lawyers about the professional abilities of their colleagues. Before starting Burrison Law, I was a partner at one of the top personal injury litigation firms in Ontario.

I am a member in good standing with the Law Society of Ontario and the Law Society of British Columbia. I am a member of the Holland Bloorview Kids Rehabilitation Hospital Foundation, Lawyers for Possibility Cabinet; I am an appointed Member-at-Large of The Advocates’ Society, Personal Injury and Insurance Practice Group; and I am the Corporate Secretary of the Leaside Hockey Association.

Before Alison was a Lawyer or Mother

I lived in Kitchener-Waterloo as a first generation Canadian. I was very involved in athletics and became a member of the National, World and Pan American Olympic Teams at age 15. I was fortunate to travel the world representing my country, while also completing my high school and undergraduate degrees. I obtained a Bachelor of Arts Degree (Honours) in Labour and Industrial Relations from McMaster University in Hamilton. I then attended Dalhousie University in Halifax where I obtained a Bachelor of Laws. A few years later, I returned to Dalhousie University on a full scholarship from the Canadian Institutes of Health Research and obtained a Master of Laws in Health and Medical Malpractice.

When Alison is not Practicing Law

You can find me and my boys in various hockey rinks around Toronto in the winter and running along the boardwalk in the Beach with my husband in the summer. You can also follow me and read my blogs and articles on LinkedIn, Twitter, and Facebook. 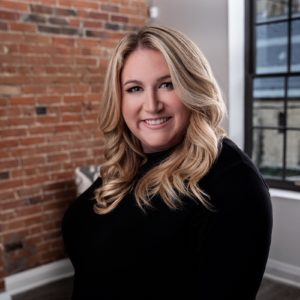 Darrien is a licensed paralegal with the Law Society of Upper Canada, working exclusively in the area of personal injury since beginning her legal career. Through her years of experience, she has built great relationships with clients and adjusters, as well as with her colleagues in the defence bar. She is very attentive to the client needs throughout the tort proceedings and is always finding ways to advocate for our clients in a professional manner throughout the accident benefits process.

Darrien continues to do volunteer work in Toronto with Lawyers Feed the Hungry, The Hospital for Sick Children, and other charity events within the GTA. Read more about Darrien here.